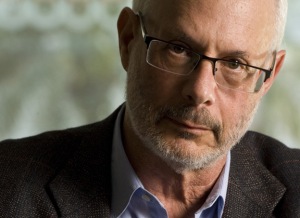 One of the definite highlights for me at this year’s TSC was the rewrite session offered by screenwriter, director and producer Paul Chitlik, who is now also a professor of screenwriting at Loyola Marymount University. For me, the practical sessions resonate much longer than the advice or adoration panels.

If there was one disappointment with Chitlik’s session it was that the 90 minutes apportioned to him were not nearly enough for him to really explain his process, try as he might. Thus, in many respects, the session was more of an appetite whetter for his book Rewrite: A Step-by-Step Guide to Strengthen Structure, Characters, and Drama in Your Screenplay.

For Chitlik, a good rewrite means taking 8 separate passes at your screenplay, which include:

According to Chitlik, this iterative review process causes many of his students to groan, but his attitude is that if you don’t like your script enough to read it eight times, you seriously need to rewrite your script or you need to throw it away and work on something else.

Before starting his specific rewrite techniques, Chitlik took us on a bit of an overview of the main elements of the main story, acknowledging that this number will vary depending on who you read or to what storytelling philosophy you ascribe.

In the ordinary life, we find our protagonist impressionable and naïve, and from Chitlik’s perspective, our first visual of the protagonist should give us some clue as to his or her character flaw. This is where we see the character in context and how the person’s flaw interferes with his or her normal life.

With the inciting incident, something external to the protagonist impacts his or her world, changing the world forever and forcing the character to take action. Chitlik acknowledges there is a lot of debate on where precisely within a screenplay the inciting incident should occur. He actually prefers later (toward page 15) to give us time to get to know the protagonist.

By the end of Act I, the protagonist has had a chance to reflect on the inciting incident and formulate a response. This is where the story really begins as the protagonist takes the lead. Chitlik acknowledges that this isn’t always the case, however, and offers the example of Thelma & Louise where Thelma doesn’t really take control of her world until the midpoint.

By the midpoint, the protagonist has been pursuing his or her goal but an external force spins the story on its axis, leaving the protagonist to come up with a new goal or plan. For Chitlik, the protagonist should also learn something new about him or herself when this happens.

By the end of Act II, though, the protagonist reaches the low point, ideally triggered by his or her flaw, where all is lost and the goal seems completely unattainable. As Chitlik notes the cliché, the dark night of the soul.

The protagonist then returns to the new normal. Life often moves just as it did in the beginning, but the protagonist’s approach or viewpoint is forever changed in some way.

Chitlik then suggested that the story is actually four stories, each of which has its own version of the 7 story elements, but are ideally intertwined with each other:

The Emotional Story describes the central relationship of the protagonist, whether with the antagonist, a love interest, or some other form

Chitlik adds that we may never see the antagonist’s ordinary life and instead of a flaw, we want to show his or her human quality, which makes the antagonist both more empathetic to the audience and a bit more chilling.

In Part Two of this post, we will look more closely at Chitlik’s advice on dissecting first your main characters and then the actual screenplay itself.