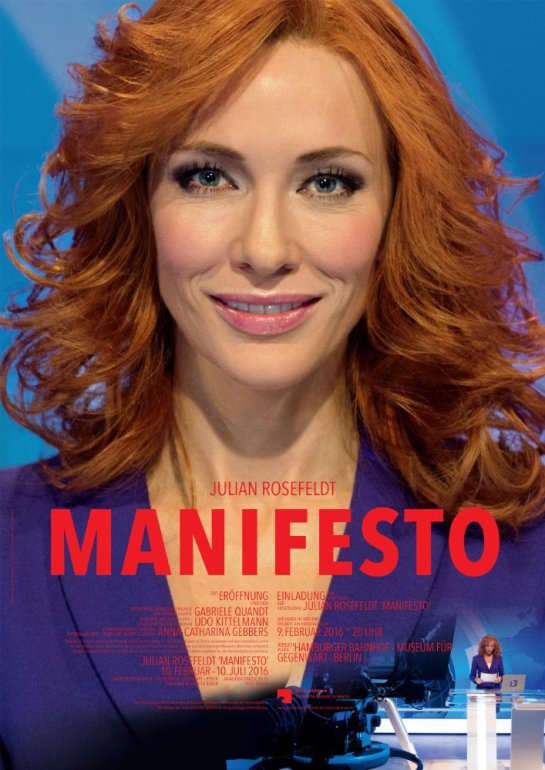 I had my reservations before purchasing a ticket for Manifesto, a film that seeks to manifest the great thinkers and philosophers of the modern age through the mouths of 13 archetypal characters. I mean, how can you go wrong with a 90-minute Learning Annex lecture?

Honestly, the selling point for me was Cate Blanchett playing all 13 roles.

As we waited for the film to begin, the Nashville Film Festival host (emcee?) gushed about his chills on seeing the film at Sundance. My first clue that I had bitten off more than I could chew.

He then laid his bet that Cate was a shoe-in for an Oscar nomination. Put your money down now and plan that dream vacation.

Then the lights went down, the film illuminated the screen, and 13 Shakespearean soliloquys rolled out. Except, these thinkers were not Shakespeare and even Shakespeare put his soliloquys within the context of a narrative; something completely lacking here.

There was so little context for any of these scenes that I have no idea, no memory of any of the speeches less than 24 hours later.

Although the Great Cate did manage to inhabit her many and varied characters—vapid news host, drunk punk rocker, deranged homeless man, etc.—dissolved in my brain as quickly as she spoke the words. 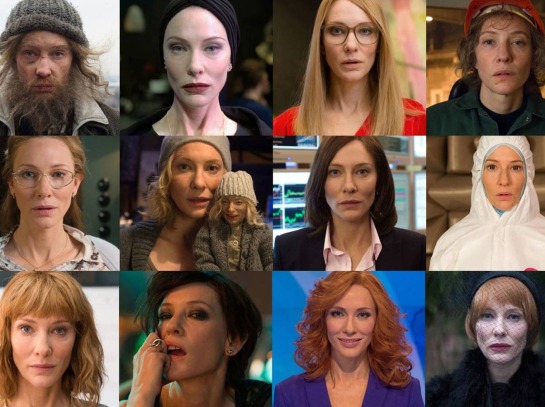 There was humour. We laughed at the odd comment—mostly non-sequiturs—and tittered like children when the gentile sacred mouth of Ms. Blanchett uttered words like “shit” and “fuck”, but I’d be surprised if anyone other than a philosophy major could name 10 of the 13 thinkers reflected.

This was less Art Film than Performance Art, and ironically, it may have suffered from the transformations by Blanchett, whose visual distraction allowed my ear to remain confused. Perhaps with a lesser performer, the words would have had a fighting chance.

Was Blanchett’s transformation enough for that Oscar nod? Unlikely, as the complete lack of over-arching narrative will keep it off most Academy lists.

This is truly a festival film, where manifestos and pointlessness not only thrive but are lauded for their unintelligibility by audiences afraid to not “get it.”

[How’s that for inverse snobbery?] 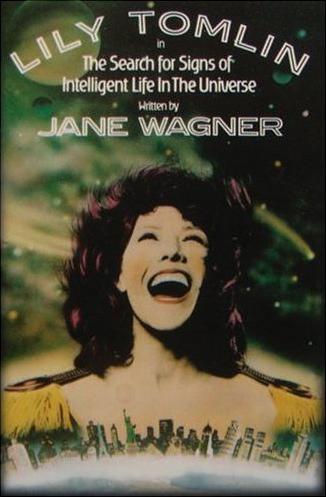 In some ways, Manifesto is reminiscent of Lily Tomlin’s The Search for Signs of Intelligent Life in the Universe, which was also a series of pointed commentaries on modern society, all performed by the same artist.

Where Tomlin went right was in presenting each commentary within a powerful story of a nuanced character with a unique perspective. Manifesto, sadly, chose a verbal sledgehammer over story, eliminating any opportunity for nuance no matter how well Blanchett performed the characters.

A damned shame, really, as she lived up to her billing. If only Academy voters could see it through all the rest.

So, Netflix Canada has started showing Bill Nye Saves the World, a science series designed for adult audiences, and in the first two episodes, he has tackled issues such as climate change and alternative remedies. The premise of the show is that Nye will use the scientific method to debunk the myths.

In theory, I am all for this approach. Unfortunately, the entire show is theory. In two episodes, I have seen nothing of a scientific method.

Episode 1: We’re going to heat a liquid to show you that heat causes things to expand. We’re going to tell you that CO2 is a greenhouse gas and that things get hot because the gas traps heat energy. The rest of the episode is mostly just people yelling about how silly deniers are. 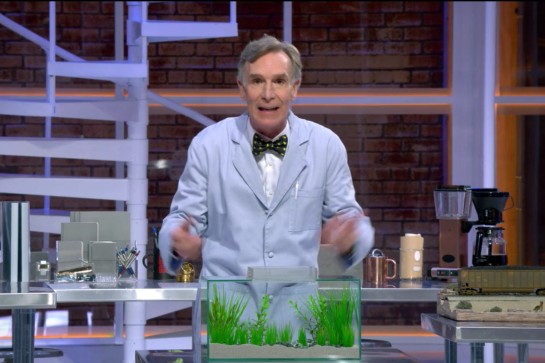 Episode 2: Magnetic patches don’t cure disease because there is nothing to magnetically attract in the body. Oh, and this is how clinical trials work. But we’re not going to test magnetic patches in a clinical trial because we don’t have to. There was one scientific experiment to show that Milk of Magnesia neutralizes acid while a Whole Foods purchased stomach remedy did nothing to neutralize acid. Thing is, there is more to upset stomach than acid neutralization, and we don’t know the mechanism of action of a lot of FDA-approved medications. The rest of the episode was Nye yelling “that’s stupid” (not literally).

Despite his self-proclaimed mission, Nye seems to be playing into the hands of the anti-science faction by trying to cram complicated subjects into 30-minute windows of reality-style television that is more Jerry Springer than Mr. Science. 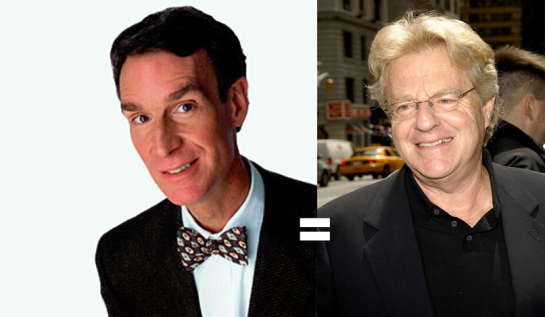 If you say claims have not been supported by scientific evidence or clinical trial, then run those studies to prove the claims aren’t true. THAT is good science. But it is lousy television.

So, Bill Nye; are you a television personality or a science advocate?

If you remain the latter, then cut the bullshit and get back to the method.

If you are the former, then take off the lab coat, and I’ll go back to Thomas Dolby. 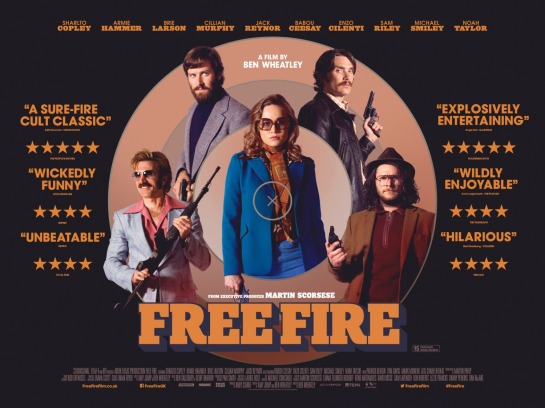 It seems I am cursed to see the lesser works of great film artists. Such was the case last night as my friends and I discussed Ben Wheatley’s latest release.

My friends spent much of the evening telling me how much I should have seen High Rise and Kill List. Sadly, we saw Free Fire, a 90-minute exploration of how many bullets the human body can take…seriously, that is the movie.

In 1976 or so, IRA terrorists arrive at a derelict warehouse to buy guns, but things suddenly go wrong and a shootout ensues. The End.

This is The Good, The Bad and The Ugly if all we saw was the Mexican stand-off.

It is every Quentin Tarantino film without the Shakespearean nuance for which Tarantino is known (*sarcasm*).

It is Bugs and Daffy arguing over whether it is rabbit season or duck season. 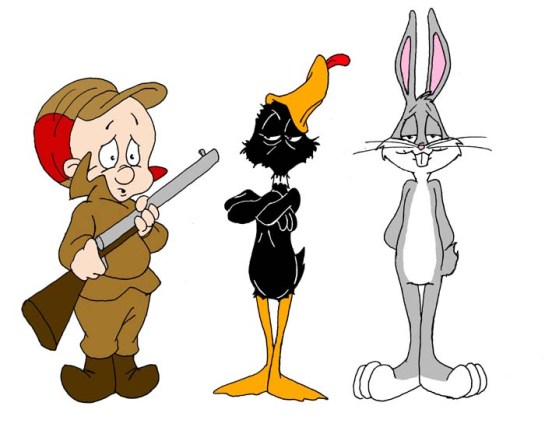 And like a young child’s game of Cops & Robbers or Cowboys & Indians—or whatever other culturally and socially incentive games the kids get up to these days—no one really suffers for the ballistic barrage that enters their bodies. This might as well have been paint ball.

Running out of shooters or bullets? Let’s simply insert a couple of new shooters. Wow, that was so much fun, let’s do it again.

The movie had a really good cast, including the likes of Brie Larson (The Room), Sharlto Copley (District Nine), Armie Hammer (The Man From U.N.C.L.E.) and Cillian Murphy (you know; the guy that was in that movie).

And there were a few funny one-liners (whatever they made, nobody wants to buy it anymore).

But let me save you $13 and simply suggest you watch the trailer 37 times. 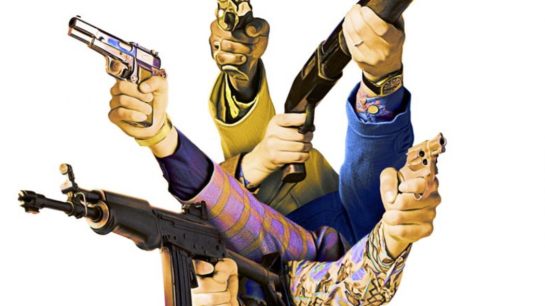 The only stars of the movie 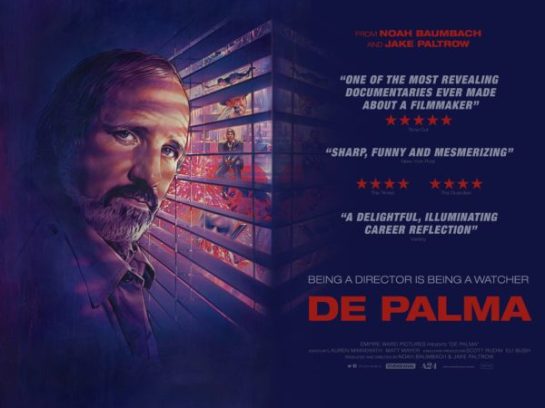 Although the thinking behind such efforts is who better to tell us the truth of past events than the person who lived them, I find that the idea rarely manifests into a reality. Too often, we are merely presented with a series of events or facts, rather than any real insights into whom these people are and how those events both fed into and were products of those individuals.

This turned out to be the case with the 2015 documentary De Palma, recently released on Netflix.

Over a span of 110 minutes, we hear every thought that famed film director Brian De Palma has about pretty much every movie he ever made, from his days as a film student up to his most recent contributions. And yet, despite all of this exposition, I feel like I am no closer to understanding De Palma than I was when the almost two-hour odyssey began.

For film buffs and film students, there is plenty to like about this documentary, directed by Noah Baumbach and Jake Paltrow. De Palma discusses his many influences as a cinematographer and director, offering lovely homages to older films through examples of his own. 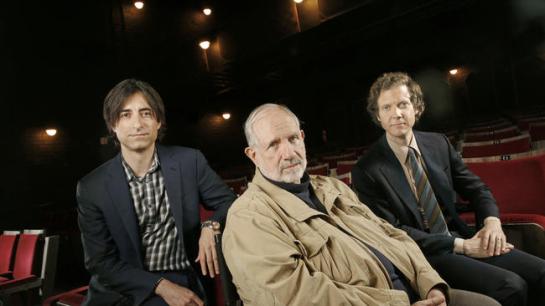 And the film is a nice reflection on a period of time in American cinematography, when the likes of Scorsese, Lucas, and Spielberg were establishing their imprints on film. We get a taste of what it was like to always be on the cusp of the studios, and the struggle to live up to your artistic vision and hearing crickets chirp in empty theatres.

But I didn’t just want a taste. I wanted to understand the artist and his art.

A few years ago, at the Austin Film Festival, I sat in a session where Chris Carter discussed the genesis and ongoing development of The X Files, a series I quite enjoyed for its first few seasons. But rather than learn anything insightful or useful—which is the norm at Austin—I felt like I was sitting in a Comic-Con session, where a lot of the questions began: “Remember that episode where…”

I’m not belittling Comic-Con or fan worship. It has its place.

I just didn’t think that a screenwriters’ conference was that place. 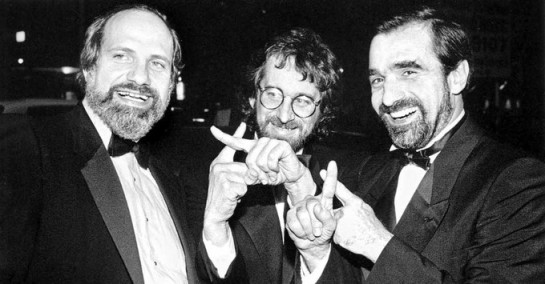 This is why I don’t like autobiographies, in general. Rare is the book or documentary where a subject is required to delve deep into their experiences, to explore how those experiences moulded them during moments of personal evolution.

Instead, the documentarians tend to be fanboys or -girls, who start every segment with the question: “Remember that movie where…”

[For context, think back to a Chris Farley character on Saturday Night Live.]

Ironically, in discussing the camera work on Carlito’s Way, De Palma kind of summarized my problem with the attempt to catalogue every film in his filmography:

“The thing you learn about the long take is that you can document the emotion happening on the screen in real time,” he explained. “And once you start cutting things up, you lose the emotional rhythm of things.”

This is my issue. There was no emotional center to this documentary. It was too technical or mechanical and lacked almost any sense of humanity and therefore artistry.

And I say almost, because De Palma finally touched on a subject that I wish the entire film had documented as he summed up his thoughts.

“The thing about making movies is every mistake you made is up there on the screen,” he said, almost wistfully. “Everything you didn’t solve, every short-cut you made you will look at it the rest of your life. So, it’s like a record of the things that you didn’t finish, basically.”

“People in your life can be threatened by your intense concentration, your complete immersion in what you’re doing,” he continued. “My true wife is my movie, not you.”

Ironically, I am left thinking the same thing at the end of De Palma. What might have been?