For many of us, programs like The Daily Show were our weekly bulwark against the insanity of clashing cultures and ideologies or against insanity itself. Regardless of your personal sociopolitical leanings, shows like this one help many of us to see that we are not going insane or losing our hearing, that the bizarre ironies of peoples’ words and actions are not just figments of our imaginations.

But where most of us simply allowed the insanity to flow over us and healed our wounds in the salve that was satirical comedy and commiseration, the world’s woes wear on the people who bring us this salve. Such, I think, was the case this week with the announcement that Jon Stewart will shortly hand the reins of The Daily Show to another.

A couple of months ago, I tweeted Jon and The Daily Show to express my concern about his health, both mental and physical. Over the last several months, it seemed that each episode of the program was taking more and more out of the host, that he had to fight to maintain his composure. And he seemed to be losing that fight.

Several times, his personal comments on recent events bordered on screeching rants, as though the nuanced commentaries we had witnessed for the past 17 years required too much of him. On other occasions, he almost seemed to throw his hands into the air and with a head-bobbing sigh, surrender to the madness that swirled around us all.

Jon Stewart seemed tired, and if not broken, at least seemed wounded.

And please, this is not a condemnation or expression of disappointment. The man has clearly earned his weariness and wounds. (Too Jewy to say he took on our sins?) 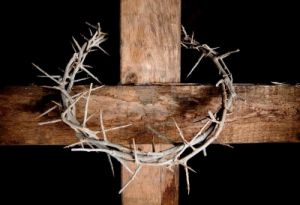 Even the strongest metal abrades to nothingness if repeatedly and relentlessly thrown against a stone wall that seems to regenerate itself at will. For every monolith of stupidity or cruelty that The Daily Show tackled through humour, a dozen others formed behind it. And the show kept pushing.

And so, as much as he will be missed, Jon Stewart will step aside and begin the healing process, while the show will become what it will become under the guidance of another.

As he expressed in his announcement, the first part of that healing will likely be him reinforcing his roles as Dad and Husband. Eventually, will we see him back on stage performing stand-up (sure, we all say we’ll go to the gym)? And after that, who knows? (As long as it’s not acting…dear god, Jon, NO!)

The man has earned his rest, and we will applaud and cheer and cry as he walks out the door (and about two weeks later, we’ll start pitching screenplay ideas to you).

Be well, Jon Stewart, and thank you.