A relative newcomer to The Beaches neighbourhood in East Toronto, La Sala is an Italian restaurant that bridges the gap between family dining and fine dining.

Hosted in a renovated home just off Queen Street, La Sala offers a cosy, welcoming environment akin to visiting the home of a good friend. Decoration is subtle and the yellow walls both inside and out bring warmth to the dining experience.

While offering a variety of dishes, the menu is clean and simple, covering only a single page of $12 appetizers, $16 pastas and $20-$24 main courses that should please any palate.

For an appetizer, I opted for the eggplant parmesan (Parmigiana di Melanzane), which was generously portioned and nicely featured baked eggplant rather than what I expected to be fried. The surprise was my own fault, however, as the menu actually states the eggplant is baked. Baking the eggplant meant that you still got the full flavour of the vegetable while it retained its body (frying often seems to turn them into mush), and the eggplant nicely stood against the generously portioned tomato sauce, providing distinct mouth-feel and compartmentalized flavours.

My dining companion ordered the Romaine fennel and kale salad, which was generously accompanied by avocado dressing, bacon and croutons. Nicely, the salad did not appear to be drowned in dressing and the bacon was short strips rather than crumbles, giving my guest something to bite into.

(BTW: I know I am using the word generous a lot…you are not going home hungry.) 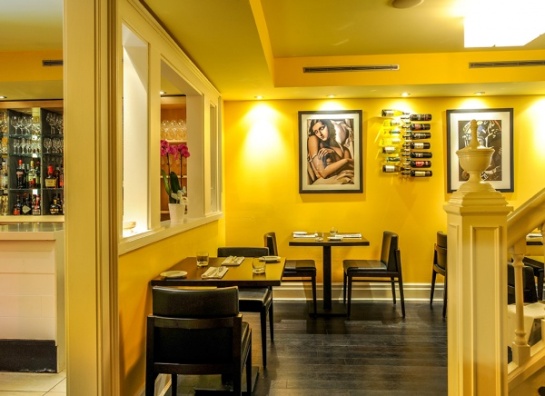 Warm, inviting atmosphere (photo not mine)

As a main course, I ordered the butternut squash ravioli, my go-to dish when available both because I like the dish and because it affords me an opportunity to compare between restaurants. Covered in a beautiful butter and sage sauce that was very subtle both in flavour and weight, the ravioli were slightly undercooked, the pasta being a bit chewy. For its part, the butternut squash puree was nice, but could have stood with a bit more spice for my tastes, although my dining partner had no problem with it. For me, the challenge was that the puree struggled to compete with the strong saltiness of the parmesan shavings, and so the dish ended up being somewhat one-note.

More of a seafood fan than me, my partner ordered the seafood linguine (Linguine Frutti di Mare), which looked amazing and I am told was even better. La Sala did not scrimp on the seafood in this dish, the large plate being almost overwhelmed by the mussel and clam shells. And according to my companion, the calamari and octopus were cooked to perfection. Add in some shrimps and my friend spent the better part of the meal picking through the linguine to make sure she got all of the seafood available in the dish before digging into the pasta. To quote her: “This is the best seafood linguini I have ever eaten in my life.” 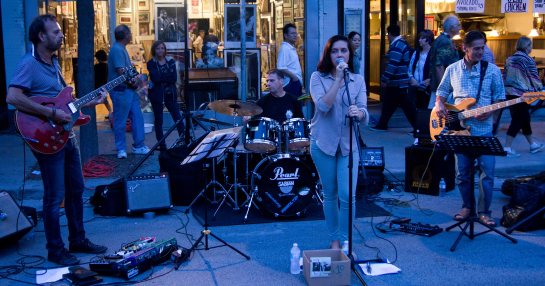 Having filled up on her salad and main course, my companion could not manage dessert, whereas I had little choice but to order the chocolate mousse with crispy almonds and whipped cream. The full-bodied mousse was delicate on the palate and yet offered plenty of flavour. And nicely, the portion size was large enough to share, but not so large as to leave this well-fed diner in distress.

As to the service, La Sala seems to pride itself on being very attentive to its customers as rarely did our water glasses empty before someone offered to refill them. Likewise, as we finished each course, the next one arrived dutifully. One of the staff was perhaps a tad too diligent with replacing our cutlery and napkins, as we almost ended up with a third napkin by the arrival of dessert, but as much as anything, I put that down to a half-filled house with a full staff—people had time on their hands.

Overall, the evening was a wonderful success and despite the minor setback with my main course, I will quite eagerly return to enjoy what is sure to become a neighbourhood favourite and as good a reason as any to visit The Beaches neighbourhood of Toronto.