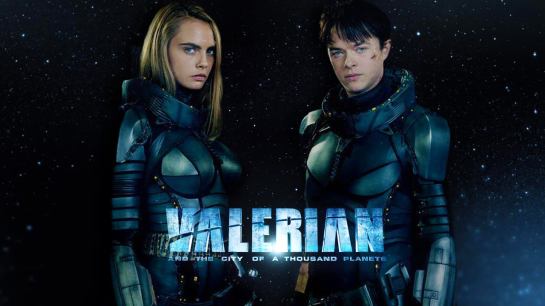 I am told that Luc Besson is a great filmmaker, with credits like The Fifth Element, Leon, La Femme Nikita. Unfortunately, the only Besson movie I had seen to date was Lucy (my review), and so I was a bit reluctant heading out to see Valerian and the City of a Thousand Planets.

Based on a graphic novel, the movie tells the story of two young military operatives—Valerian and Laureline—sent on a mission to recover an eternal replicator (too hard to explain), but who get embroiled in an ever-shifting landscape of political and military intrigue that may involve an extinct alien race.

Woven throughout this action-adventure-mystery-thriller is a hormone-riddled romance between the leads that is so execrable that Harlequin and most YA publishers would turn it away.

I walked into this movie expecting almost nothing in terms of story; Lucy lessons learned. And that is precisely what I got.

The action sequences aren’t particularly thrilling, and the dialogue is cliché if not outright ham-fisted. That said, I am sure the scripts were printed on very nice paper…maybe with watermarks and all that.

But whereas I had few expectations of the story, I held out some hope of being dazzled by visuals of alien worlds.

To its credit, the movie started that way, presenting us with the alien paradise of Mül, a pastel portrait straight out of a 70s acid trip.

Once we leave the wonder-world though—primarily to the space station/ark known as Alpha—the sets quickly degenerate to things we’ve seen a million times in other films.

So, no story and no stunning visuals, but the actors, am I right? Wrong.

I cannot put the blame completely on the actors, but they certainly earned some of it, as pretty much no one was able to imbue the wooden script with any emotion or pathos.

Dane DeHaan’s Valerian and Cara Delevingne‘s Laureline had zero chemistry, and so every attempt at love-making or wit fell flat. And if anything, Valerian comes across as a petulant child with multiple personality disorder. 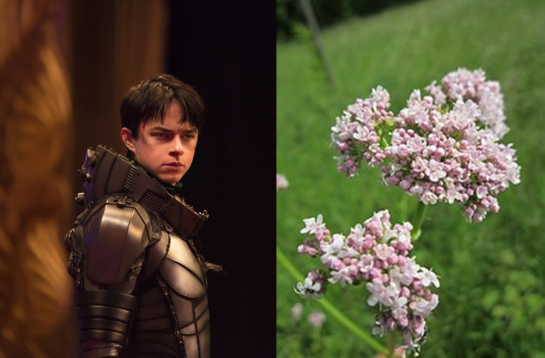 One of these is a sedative. The other is a plant.

No sooner does he completely thwart the military hierarchy with his own brand of pseudo-macho anarchy and independence than he delivers a grandiloquent lecture to Laureline about being a soldier who follows a code.

One of my friends suggested that Valerian should have been a film series to allow for better world building and character development. I can’t say that he’s wrong.

That said, if you asked me to watch even ten minutes more of this movie, I’d laugh in your face.