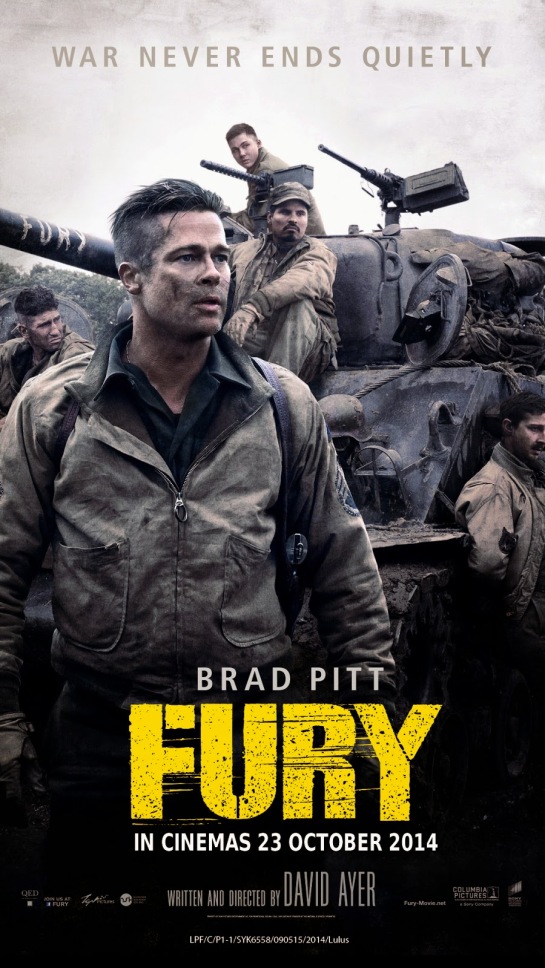 Rarely am I stumped by a movie. Usually, I like the film, it is okay or it is bad.

But every now and again, a movie makes me work at an opinion. David Ayer’s Fury is one of those films, the 2014 film being released this week on Netflix.

And there is my challenge with this film. I have now explained the entire movie to you, because there is no real point to the plot.

It is seriously as though a camera crew showed up on a battle site one day and followed a tank crew for a few days as it wound its way through various other battles into the belly of the Nazi beast.

Thus, I cannot really tell if this movie is an amazingly stunning metaphor for the futility of war—there is no glory here—or if it was just a badly penned film. 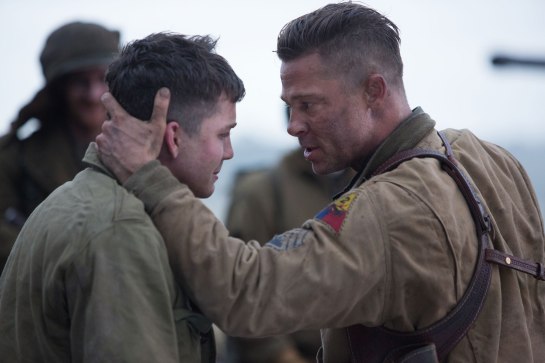 To be fair to Ayer, who not only wrote, but also directed and produced this film, there is a human interest side to this story as the war-weary, battle-hardened tank crew is joined by doe-eyed recruit Norman  Ellison (Logan Lerman) who just days earlier was a typist for the military bureaucracy.

Thus, as the tank—the titular Fury—lurches from battle to battle, we witness the corruption of a pure heart by atrocities committed not only by the enemy, but by his fellow soldiers. And we see the toll this corruption takes on the boy’s tank commander Don “Wardaddy” Collier (Brad Pitt) who personally starts that downhill process.

But again, to what purpose? 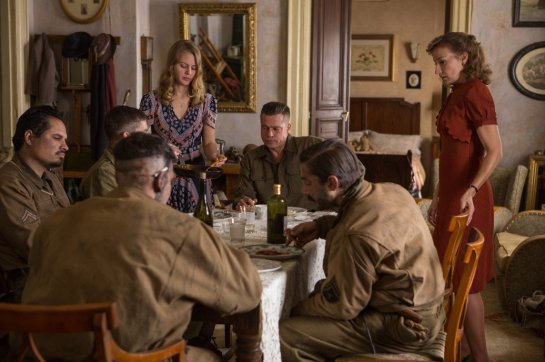 War taints even the most peaceful moments

Almost all war films seem to be based on men fighting toward a higher purpose, whether it is a battle that turns the tide of the war—e.g., Sands of Iwo Jima; Tora, Tora, Tora—or a moment of humanity amidst chaos—e.g., Saving Private Ryan—or men fighting for sanity within that chaos—e.g., Good Morning, Vietnam; Catch 22; Apocalypse, Now.

For me, Fury had no such pretense.

Yes, the Americans are the “good” guys and the Germans were the “bad” guys, but neither side in this film was any nobler than its counterpart. Within the confines of this movie, this was carnage and hatred purely for the sake of same.

As to the film itself; all of the actors did an admirable job, wearing the carnage of war on their faces and in their souls. Brad Pitt at his harshest expressed an internal dignity if not nobility. Shia LaBeouf was restrained. And Michael Peña really didn’t have much to do. 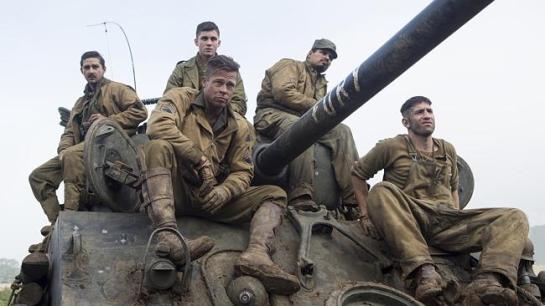 Truthfully, this film might have been stronger as a silent movie, as it was the facial expressions and battle scenes that told this story. The dialogue offered little to the visceral impact of this film (emotions are drained pretty early).

Beautifully shot, this is a grisly film and not for the faint of heart or stomach. Bullets and bombs don’t just pierce a body; they rip it wide open. The fallen remain fallen, to be ground into the mud by jeep tires and tank treads.

For all of these reasons—and it was a slow burn for me—I am coming down on the side of Fury being the embodiment of the ultimate futility and barbarism of war.

In this movie, even if you saved the person of Private Ryan or Ellison, the soul is long gone. 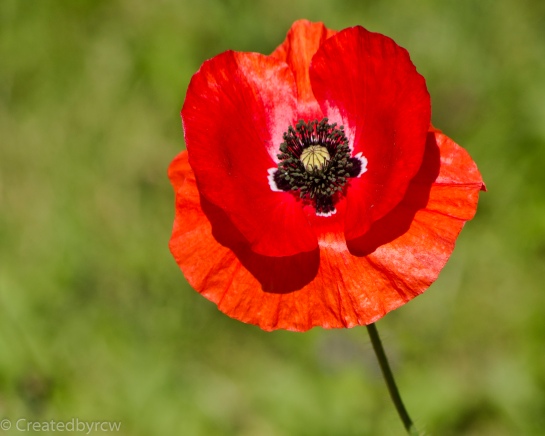