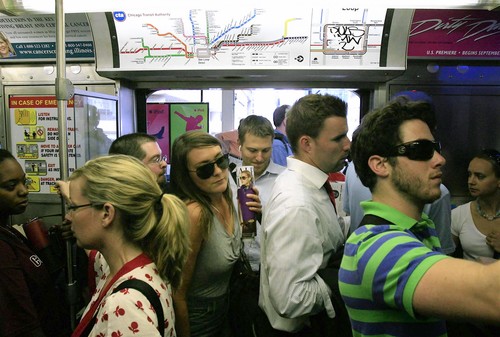 Edward didn’t expect much from his day as he rode the subway into work.

It was Tuesday. And as any actuary will tell you, Tuesdays are the least eventful work day in any given week. Edward would know. He too was an actuary.

Now, don’t get me wrong. Edward was not dissatisfied with Tuesdays, or any day of the week for that matter. He just didn’t expect much from it, and definitely less than from say a Monday or a Thursday.

Unbeknownst to Edward, however, today was unlike a typical Tuesday. Today, in fact, was a Tuesday that actuaries dread. The outlier. The anomaly. Today was the Tuesday that lurks in the dark crevices of an actuary’s heart.

Jessica hadn’t expected to leave the house so late this morning. But with Maria’s daycare shut down and Todd’s absence at a business conference, nothing was moving particularly smoothly for the young lawyer and suburban mother.

Vomiting herself from the commuter train as the doors inched open, Jessica practically crowd-surfed to get across the chaotic platform and into the stairwell to the subway system. Today was the Witkenstein proposal and although she herself was not presenting it, the command had been all-hands-on-deck in a show of force. Rare is the law firm that doesn’t like to demonstrate its cannon-fodder for clients.

Catching the smallest of slivers through the human maelstrom on the subway platform—her rail-thin form finally offering her some advantage in life—Jessica slid to the rail-side edge just as the string of cars came to a halt. Unfortunately, that same eel-like body structure meant that she was no match for the human surge that blew her through the subway doors and wedged her against a man of middling height, middling complexion and middling posture.

With a middling acknowledgement of her existence, Edward shifted his elbow slightly so that Jessica could grab the same pole to which he clutched for support in the shifting ebb and flow of transit.

Now, if pressed, Jessica would swear an oath that the box in which her travel mug arrived the previous Christmas promised that it was designed with the latest in anti-spill technology. She had even tested it at home several times, marveling at the results.

But as any actuary will tell you, the chances of a scalding burn from the spilling of hot beverages rises 342% when that beverage is being consumed on mass transit. Edward would know. He too was an actuary.

Now, whether the next event fulfilled that statistic or the numbers were slightly off, the simple reality was that the precise moment the subway took a turn in the tunnel was the same moment that Jessica had tried to reposition herself to lessen the strain on her crooked elbow.

Jessica was horrified as she helplessly watched the taupe liquid spread across the stranger’s chest and cascade as a beige waterfall into his trousers.

As surprised as Edward was by the turn of events, a small part of his brain was also relieved that Jessica liked to use non-dairy creamer, which slightly helped to temper the scalding liquid.

“Oh my god, I am so sorry,” Jessica cried as she struggled through her bag to find that pocket Kleenex pack she had purchased just the day before.

As Edward fought to literally calm his nerves, Jessica did what she could to blot his formerly white shirt, unaware of her increased range of motion as a halo of space had formed around the two of them, everyone retreating from the mess.

“Are you okay?” she asked, genuinely concerned that he might need medical treatment.

Edward was too engrossed in the sensation of slightly sticky dampness that was now encasing his genitalia to answer right away.

Coming back to the moment and realizing that skin grafts were unnecessary, Edward simply raised a placating hand.

“No worries,” he offered with a smile. “Accidents happen.”

Edward would know. He was an actuary.

Jessica did her best to return his smile, but her embarrassment was still too great for her to be comfortable. She had little time to worry, however, as the subway pulled into her stop.

“Here’s my card,” she blurted, pressing her card and the remaining Kleenex into his hand. “Please send me your dry cleaning bill.”

Before Edward could tell her that her offer was kind but unnecessary, Jessica slipped out of the car with the crowd. His thoughts then shifted to making a quick stop at the department store between his subway stop and the office.

Jessica would have had a funny if embarrassing story to share with her husband later that night had the first of the meteors striking off Japan’s coast not started the cataclysm.

Regardless, the nuclear winter that started later that day taught Edward a valuable lesson.

Actuarial science gets it wrong some times. Tuesdays can be eventful. 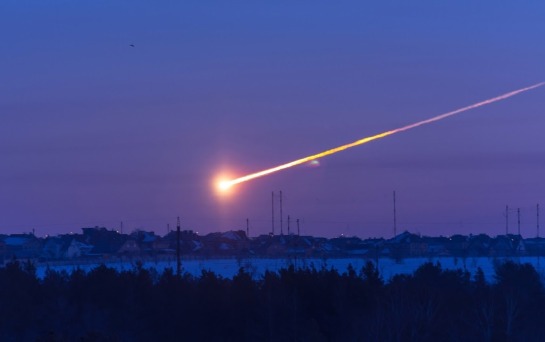 I don’t actually know what the following is, other than: the beginning. 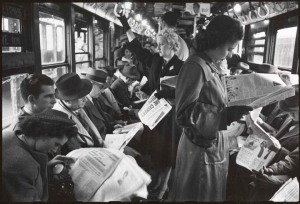 The subway was crowded that morning. It was always crowded when it rained.

It was like no matter how far people had to travel, they were terrified of getting wet. It’s probably closer to the truth to say that most of them had lost several umbrellas in the windy corridors created by the city’s office towers. And yet, to a person, every man and woman carried a neatly folded umbrella, their multiple layers showing nary a single bead of dampness.

By the second station on my route to work, I had lapsed into my typical fog of who cares. At this stage in my life, work was just something I had to do to make money. I had long ago given up on any hope of finding fulfillment or happiness on the job, if only because the company had a strict no-dating policy. Without interoffice sex, my desk was just another place to sort papers.

It didn’t take long before the fog in my head was matched by a fog on the windows of the subway car. The body heat of the mingled strangers turned damp coats and hats into instant humidifiers, rain water mingling with sweat and post-shower damp to coat the walls and windows of the subway with rivulets of diluted deodorant, cologne and perfume. All we needed were a few handprints on the window and the subway car would have looked like the back seat of a sedan parked at a drive-in where the kids inside were doing everything but watching the movie.

I had managed to grab a seat that morning, an unexpected bonus for getting up a little earlier. Even living at the end of the line was no guarantee of finding any comfort in local transit. Too often, I spent my time staring down the tops of flat-chested teens too self-absorbed to give up a seat or leather-skinned grandmothers so desiccated they made your tear ducts hurt. That morning, however, I had managed a forward-facing seat. So people could look down my top and I got to stare right into their crotches.

It was a rough ride into town that morning. The constant start and stop of the train as it waited for the guy up ahead to get his shit together, and the tropical humidity that was slowly growing in my shorts made the decorated plywood seat under my ass that much more uncomfortable. Within 20 minutes, I found myself chafing like a newborn in a day-old diaper.

Tugging at my trouser legs to try and unbunch the material from my crotch, I felt something soft and dry against the back of my left hand. Looking over, I realized it was a leg.

A gorgeous leg. A leg that begged to be touched, but could just as easily crush your balls with the slightest twitch. A leg that worked out regularly, but had never seen a gym in its life. And standing right next to it was another leg, which also shimmered in the grey opalescence of flawless stockings.

Recognizing my transgression and not wanting to be rude, I moved up from the legs. Past the immaculate tweed skirt, the crisp peach blouse, the mottled brown scarf and up to the reddest smile I have ever seen in my life.

This red, I was certain, existed nowhere else in the world. This was a red created for one woman and set aside, the formula for this colour being instantly destroyed as it would appear flawed on anyone else.

I smiled at that red, those lips, and nodded slightly. It was an apology for the unintended intimacy. Words seemed out of place for some reason. The slight rise of her right cheek told me I had been forgiven.

Summoning everything I had in me, I tore my eyes away from that mouth and back to the zoo I called my ride into work.

The fog had definitely lifted from my morning, but it had been replaced with an equally numbing intoxication that I couldn’t handle. Although numbing probably wasn’t the right word, because there was damned little I wasn’t feeling at this moment.

I don’t know if it was 10 seconds or 10 minutes later when the subway jostled around a bend, but what I do know is that the leg found my hand this time. And as the curve of the tracks lingered, so too did the leg, sliding its silken fibers up and down the back of my hand until it began to pull the hairs out one by one.

As the train pulled back onto a straighter course, however, the leg stayed exactly where it had landed, determined to either erase every hair off the back of my hand or gain my attention. It was about to complete the first, but it was mission accomplished on the second.

(Image is property of owner and is used here without permission but a lot of inner dialogue.)