For a guy trying to make it as a screenwriter, it takes a lot for me to go out and pay to watch a movie. I think it’s, at least in part, because I don’t deal well with disappointment and particularly when I’ve had to pay for it.

Luckily, my friends had some luck dragging me out of the house this year, so below, I offer one-line critiques of the various films I saw in theatres (with hyperlinks to longer reviews I’ve written).

Taken 3: When the hell did I see this, and more importantly, why?

Paddington: Charming and a lot of fun.

It Follows: It bores me

Ex Machina: Oh My Deus, was this written by a robot devoid of emotions?

Age of Ultron: Miss a movie, lose a thread; think I am out of this series.

Mad Max Fury Road: You will believe a man can drive…that is all.

Inside Out: Underwhelmed, but appreciate I am only one.

Trainwreck: Not one, but Schumer can do better

Ant-Man: Most fun I’d had all year…Rudd is perfect for this

Man from UNCLE: Stylish throwback that I liked more than most people did

The Martian: Surprise hit for me; kudos to all including author of book

Steve Jobs: A metaphor for dysfunction…and sadly, not in a good way

In the Heart of the Sea: More like in the heart of my sleep

Spectre: Good movie with a stupid ending…am I outgrowing Bond? 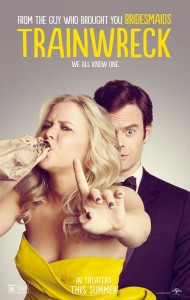 I need to disclose that I adore Amy Schumer. I think she is an amazingly funny and talented comedian who has a knack for finding every nerve in every situation. Thus, I was petrified when I heard she was going to write and star in a movie.

Obviously, it’s not that I didn’t think she was talented. More that the talent to pull off a movie is very different from the talent to perform stand-up or biting sketch comedy.

Most comedians do not make the transition smoothly, and when they do, it is largely because they have completely reinvented themselves, often after several rocky outings. And many simply make the not-particularly-safer jump to sitcoms.

There is a lot to like about Schumer’s Trainwreck, so in that sense, I am happy that she didn’t completely self-immolate. On the other hand, the film had a lot of weaknesses that simply highlighted the challenge of writing a 122-minute sketch.

The movie had a lot of funny lines and several funny moments, based on the laughter that surrounded me and periodically fell out of my own face. And the humor was classic Schumer for those familiar with her comedy.

Anatomical jokes. Sexuality jokes. Feminine hygiene jokes. A bit of racism here and there. And crap loads of jokes about what a giant slut Amy is—note that she followed long-standing comedian tradition of naming her character after herself.

And Bill Hader was amazing in the role of the sports surgeon-boyfriend Aaron, particularly as he largely played the entire movie straight. This was not one of Hader’s million oddball characters. This was Hader being a regular human being who hangs out with multi-million-dollar sports figures.

Where the movie fell down for me was in the story. In short, it was a pretty stereotypical romcom.

In this case, they didn’t go with the “I hate you, I hate you, I can’t live without you” model of Nora Ephron. This was more the increasingly familiar “I don’t know about this, gee this is nice, what the hell, I hate you, never leave me” model.

Now, as a romcom, that is perfectly fine. If you came looking for a romcom, you will leave satisfied. It’s classic Judd Apatow, who directed Trainwreck.

But this was hailed as the anti-romcom (not necessarily by Schumer). The movie that turns romcoms on their head. Yes, the commitment-phobe in this story was the woman and not the man, but Schumer couldn’t seem to commit to that, ironically enough. 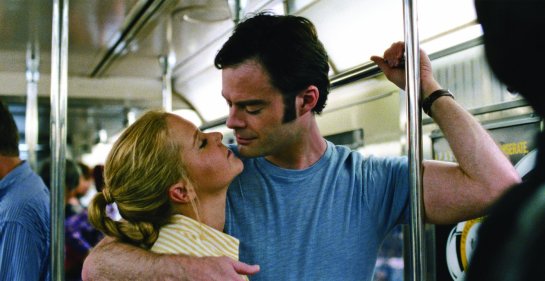 After establishing her character as the wham-bam-thank-you-sir kind of girl, she almost effortlessly falls into a relationship with Hader. There is token resistance, but it is overwhelmed simply by Hader saying he doesn’t agree and thinks they should be dating. This isn’t edgy; it’s sweet. Even her voiceover admits that.

Not to give anything else away, but conflict, crisis, lesson learned, gritted teeth, redemption and I love you, I love you too.

Again, if you want a romcom to match all romcoms, you got it. For those of us waiting for the Amy Schumer jab-twist combo, it was meh.

As to all of those other amazingly funny performances that everyone was raving about, I must have blinked through those scenes. It was a bigger shock seeing Tilda Swinton as a woman (and not David Bowie) than seeing her crack wise. Colin Quinn largely played Colin Quinn, who I like but did nothing spectacular here. Dave Attell wasn’t even funny.

And the various sports dudes like LeBron James and John Cena were your typical variety show variants of athletes…mostly cartoonish feminized versions of their personas.

Schumer had moments of real pathos here, so kudos to her acting chops. This wasn’t the joke-a-minute machine of her show. There is definite potential there for a film career, but like all the others who came before her, it will likely mean reinventing herself, and I’m not too sure that she’s finished inventing herself on stage or in sketch.

In fact, I sure as hell hope not, because that’s the Amy I adore. 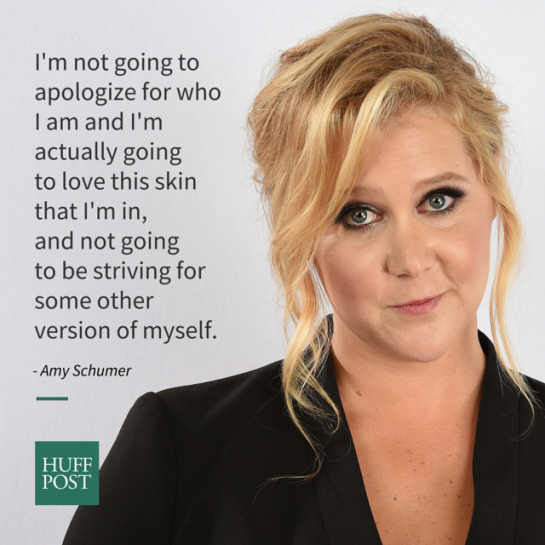 Lady gonna do whatever she damned well pleases!