Many of us spend our lives trying to figure out how to do only the things we like, only the things that feel good, while leaving all of the other stuff behind us. An entire industry—retirement planning—has been built on the belief that if we can put up with the stuff we don’t want to do for a bit, then we can spend the rest of our days comfortably doing only the things we want to do.

Thus, what I’m about to ask you may sound crazy or counter-intuitive.

Have you given any thought to doing something you don’t like?

We read books that match our world view of the way things should be. We see movies and watch television shows that fit comfortable patterns. We hang out with friends and in places that work with our vision for ourselves. But with all due respect to those things and people, these choices limit us.

I’ve read a variety of business books over the years, and I found a number of authors who I think are pretty intelligent, so I read everything they produce. But what dawned on me a couple of years ago was that rather than simply expanding my understanding of how things worked, most of these books really just helped rationalize what I already felt to be true—or at least what I felt ought to be true. (I’m looking at you, Seth Godin.)

I first noticed the inverted reasoning when I read a book entitled Be Unreasonable by Paul Lemberg. His basic thesis was that companies run into trouble because they only do things that would be considered reasonable or expected by their peers and their customers. This behaviour, he holds, severely curtails progress and practically kills innovation.

It is the old “madness is doing the same thing over and over again and expecting a different result” scenario.

His response was to be unreasonable, to do the unexpected, to pretend the box doesn’t even exist. He was quite forthright in his demands on his readers to change their habits, demanding we make specific changes in our behaviours, which I will not go into here.

In principle, I agreed with him, but when it came to actually doing these things, I balked. The things he wanted us to do were completely unreasonable. Ahhh. And there it was. His thesis, slapping me upside the head, or perhaps more accurately, holding the mirror of smug superiority to my face.

Most of what I did was within the normal boundaries of my work or family life. And when I did step outside of those bounds—much to the angst of my bosses or family—my actions were still within the bounds of my personal beliefs, and were thus still limited.

In the years since, I have tried to be more unreasonable as a way of expanding my universe, even if it makes me terribly uncomfortable or those around me nervous. On the macro scale, I quit my job to try to become a working screenwriter…still an effort in progress. At a more micro level, though, I have explored new foods, lifestyles, arts and communities. 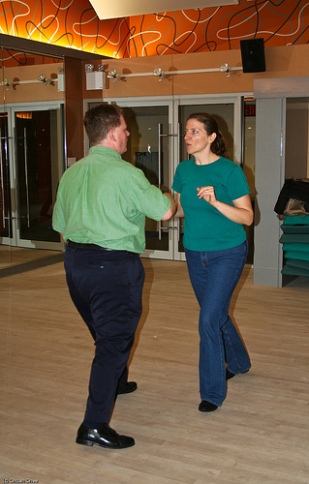 I recently watched Anime—Japanese cartoon—for the first time. Don’t see the appeal, but I’m willing to try a few more to see if I can understand the art form better. I listen to a broader selection of music and speak with a broader assortment of people to see what makes them tick and understand how they view the same world in which we both live.

So, I ask you to try doing something unreasonable with your life, however large or small.

If you like rock music, take in a live opera performance.

Gather a few coworkers together and brainstorm the hell out of a work problem…and then present your ideas to someone senior in the management chain.

Rather than go on that golfing weekend, run guns with Somali pirates across the Gulf of Aden (okay, I can’t advocate that one with a clear conscience).

Just because you’re dead certain you don’t like something still doesn’t guarantee you won’t or that you can’t do it. And in doing it—whether you liked it or not—you will have opened up another space in your universe and may find ways to expand your Art.