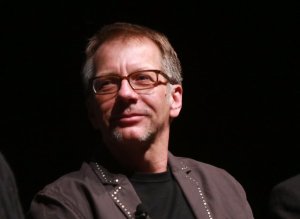 Perhaps the most interesting advice I heard while attending the 2013 Austin Film Festival came from the Just Tell the Story session by screenwriter Ron Nyswaner, who suggested that not all stories are movie-worthy. It’s not that such stories are unimportant or not worth telling, but rather that film is a very specific medium—as are novels, videos, television, etc.—and therefore requires specific criteria be met for appeal.

1. Do you have a worthy protagonist? It is important that the audience understands the protagonist’s struggle, that the character is constantly dealing with questions of life, loss, yearning. There should be clearly understood interior and exterior conflict.

2. Does you protagonist have face worthy obstacles or a worthy antagonist? The antagonist should represent the opposing view, but that doesn’t necessarily mean the antipode to your protagonist’s views. Overall and within individual scenes, there should always be a sense of ideas in conflict. Nyswaner stressed the importance of the hope-dread axis—What do you hope is going to happen and what do you dread is going to happen in a scene—suggesting that the stronger the axis, the more tension you build in your story.

3. How strong is the central relationship? Sydney Pollack suggested that every story is a love story, and Nyswaner followed on that, suggesting that the relationships between your characters, and particularly the protagonist and antagonist, is what drives the story forward. The stronger that relationship (positively or negatively), the stronger the story. He also discussed the idea of triangulation; the effect of adding a third party into a scene to increase the tension or stakes.

4. Where am I (the writer) in the story? Who am I? All good art is personal, Nyswaner said, so the writer should look for his or her emotional connection with the story. By making the story personal to you, you develop a deeper story.

5. Take your audience into a world that’s interesting. If the audience cannot connect with the environment that you’ve created, they will find it difficult to get into your story. This doesn’t mean that the environment has to be familiar so much as understandable and relatable.

6. Do you have enough turning points to carry through a feature? A good film story is constantly changing direction, keeping the audience engaged and intrigued. Without sufficient turning points, audience members disconnect from the story or worse, get bored. Attitudes and powerbases should shift throughout the story to keep the audience guessing.

7. Does the audience love the story and its characters? Nyswaner suggests writers must be ruthless, paraphrasing a quote (trying to remember by whom) that a writer is a person who will betray the people he loves to impress people he will never meet. The key for a writer is to give everything to the story he or she is trying to tell, even at the cost of real-world expectations and relationships. This is not to say that success comes from being the biggest asshole, but rather that it is important to keep the focus of a film on the story and its characters to the detriment of other external factors (as best as possible).

Ron Nyswaner is perhaps best known for having penned the movie Philadelphia, but has also worked on television (Ray Donovan) and in print, and teaches film at the Columbia University School of the Arts.

One thought on “Just tell the story – Austin Film Festival”