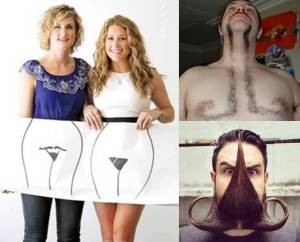 So, I just discovered there is something called Decembeard, a charitable campaign to raise funds for colorectal cancer (presumably to fight it rather than promote it).

Decembeard follows tightly on the heels (chins?) of Movember and its promotion of awareness of prostate cancer.

As I have reported elsewhere, the women were not to be outdone and I know one of the founders of Julyna, a campaign to bushwhack cervical cancer. (At least this one is anatomically related in the geographic sense.)

So, how many more of these can we do?