From thousands of feet, the snowflake made its way from its misty nursery to a gentle caress of Henry’s cheek, slowly melting where ice meets the dampened skin to puddle with its fallen brethren.

Henry faces the sky, his back firmly planted in the snow bank, the drift slowly cocooning him as the crystalline waters descend, tears of boreal gods.

Flakes weave with the hairs of his beard, completing the whitening that age has yet left undone, his thinning scalp protected by the few remaining threads of a toque too old to be merely ancient.

Pedestrians trundle by, eyes held askew, muttering their disapproval as they bow their heads against the wind and cold. But he remains oblivious to their stares and sneers, in a world of his own, one with the thickening storm that swaddles him.

Given the success of Saturday Night Live’s 40th anniversary special, NBC and Lorne Michaels are in talks to produce another reunion extravaganza.

Live, from Judea, it’s the Passion of the Christ 2015th Anniversary Special! #PotC2015

That’s right! They’re reassembling the old Not Ready For Christianity dinner theatre gang to remember the Summer of Love, when everyone was into whips and getting stoned.

No word yet on whether J.C. will attend, given his long-standing dispute with some of the former cast members and despite his ability to forgive everyone else.

It is hoped that He and Judas will set aside their differences and reunite for one last performance of their big musical number “Soul Man”. 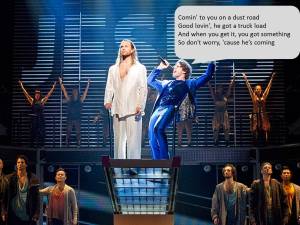 Note: After their acrimonious split, J.C. launched a solo career for which he was crucified so badly that he joined the underground scene.

While heaven knows what the scheduling plans are, it is expected that NBC will slot the special right behind the new television hit Better Call Saul of Tarsus.

UPDATE: NBC just announced that the special’s guest host will be Mel Gibson.

Francis Ford Coppola likes me! He really likes me!

So, no sooner do I finally get around to posting my laurels from Nashville than I find out that my screenplay The Naughty List was selected as a semifinalist in the 12th Annual American Zeotrope Screenwriting Competition, an organization run by Francis Ford Coppola (I seem to recall he was a director of geopolitical documentaries).

I had started to wonder if the screenplay was going to see any love in the competitive world…this is good!

So, what is the story of The Naughty List?

What would you do if you learned decisions you make every year ruin the lives of millions of children?

Oh, and your name is Santa Claus.

After a brush with death just days before Christmas, Santa rescinds the Naughty List only to learn that for some kids, the lump of coal started a life-long downward spiral. In fact, two kids—now warlords—are about to unleash hell on each other and their people.

With a loving heart and snowy balls, child-like Santa dives into the fray. But his magical meddling only makes things worse.

He greases the wheels of war. More children suffer, including a girl desperate to save her family. As his magic fails, Santa knows he must face the oncoming storm as a mortal.

One man. Two armies. Can Santa stop the madness and save a crumbling Christmas?

Ah yes, almost forgot. This showed up in my in-box back in December. The laurels for my Best Animated Feature Screenplay at the 2014 Nashville Film Festival.

The winner was my screenplay for Tank’s, a story that proves even a fish in water can be a fish out of water.

Tank’s for the love!

To read the opening pages of Tank’s, visit:

The world wizzes by

At sixty minutes an hour

As the invisible old man

Shuffles by the store window.

Are oblivious to his struggles

And joints no longer fresh

Each step an exercise

Of will and forethought.

Hands palsy of cold and age,

Eyes rheum of wind and memory,

But the soul burns wildly

The man holds his place

To catch balance and breathe.

To catch reflections in glass.

The eyes that watch me

Are my own of blue,

But the husk that bears them

Is that of an ancient;

To a life eternal. 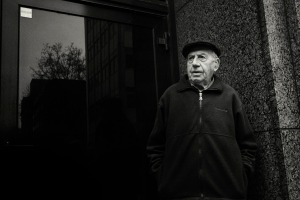 For many of us, programs like The Daily Show were our weekly bulwark against the insanity of clashing cultures and ideologies or against insanity itself. Regardless of your personal sociopolitical leanings, shows like this one help many of us to see that we are not going insane or losing our hearing, that the bizarre ironies of peoples’ words and actions are not just figments of our imaginations. 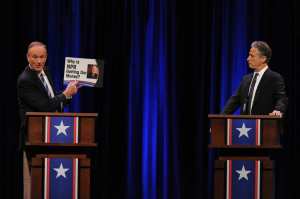 But where most of us simply allowed the insanity to flow over us and healed our wounds in the salve that was satirical comedy and commiseration, the world’s woes wear on the people who bring us this salve. Such, I think, was the case this week with the announcement that Jon Stewart will shortly hand the reins of The Daily Show to another.

A couple of months ago, I tweeted Jon and The Daily Show to express my concern about his health, both mental and physical. Over the last several months, it seemed that each episode of the program was taking more and more out of the host, that he had to fight to maintain his composure. And he seemed to be losing that fight.

Several times, his personal comments on recent events bordered on screeching rants, as though the nuanced commentaries we had witnessed for the past 17 years required too much of him. On other occasions, he almost seemed to throw his hands into the air and with a head-bobbing sigh, surrender to the madness that swirled around us all.

Jon Stewart seemed tired, and if not broken, at least seemed wounded.

And please, this is not a condemnation or expression of disappointment. The man has clearly earned his weariness and wounds. (Too Jewy to say he took on our sins?)

Even the strongest metal abrades to nothingness if repeatedly and relentlessly thrown against a stone wall that seems to regenerate itself at will. For every monolith of stupidity or cruelty that The Daily Show tackled through humour, a dozen others formed behind it. And the show kept pushing.

And so, as much as he will be missed, Jon Stewart will step aside and begin the healing process, while the show will become what it will become under the guidance of another. 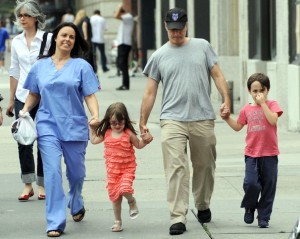 As he expressed in his announcement, the first part of that healing will likely be him reinforcing his roles as Dad and Husband. Eventually, will we see him back on stage performing stand-up (sure, we all say we’ll go to the gym)? And after that, who knows? (As long as it’s not acting…dear god, Jon, NO!)

The man has earned his rest, and we will applaud and cheer and cry as he walks out the door (and about two weeks later, we’ll start pitching screenplay ideas to you).

Be well, Jon Stewart, and thank you.