Only thing more colourful than her hair is her personality

I don’t know how I met Asmara. I know it was while visiting Austin for the screenwriters conference and film festival, but beyond that, it just feels like this spitfire of a lady simply arrived in my life as an eternal friend. An orchestral musician, I know Asmara mostly as a prolific and amazing writer, who churns out new and stunning ideas and screenplays the way I process bacon, if in the opposite direction.

The lady is a creative and playful whirlwind of enthusiasm and polychromatic hair. One does not join Asmara in an activity or social outing, so much as get swept along in an amusing riptide of good wishes and excitement. Everyone and everything are fascinating to her, and while she is ceaselessly surrounded by friends and acquaintances, you never feel like you’re being neglected when in her company. I still haven’t figured out how she does it. She is a human social media hub, connecting people from every corner of the universe.

Thanks, Asmara, for keeping my world lively and for constantly challenging me to be a better writer, and maybe to stay up past 10pm in Austin.

Despite being divorced, I will be forever grateful for my amazing marriage and am fortunate to maintain a friendship with my former spouse that will hopefully last a lifetime.

But even with that companionable joy, there are things I miss about sharing my life with another, moments and situations remembered with a smile and an emptiness.

Walking into a room and knowing you were there.

My lap being used as an ottoman while watching TV.

Resting my head on a cushion and smelling your perfume.

Knowing you’ll be completely unconscious 10 minutes into the movie you chose.

Feeling the bed jostle as you roll over in the middle of the night.

Sensing your skin millimeters before actually touching it.

A bed that is mussed on both sides.

Watching you engrossed in an activity.

Knowing you’ll be home any minute.

Happy Valentine’s Day to you all, whether partnered or not.

I’ve had bad days throughout my life. Watching loved ones get hospitalized. Attending funerals and giving eulogies. The break-up of my marriage. Suffering pain from illness. But none of them compare to the day I killed my friend.

Before I go any further, this isn’t a drunk driving story. This wasn’t an accident with a hand gun. This wasn’t a childhood dare gone wrong. All of those would be horrific and I count myself fortunate never to have experienced anything remotely like that.

This was the day I euthanized my beloved collie Rebel.

Rebel had started life as my family’s pet, a puppy we bought from a breeder friend of ours. Although he was a thoroughbred who won his modest share of ribbons, he was a pet first, show dog second. As my mother’s living arrangements changed, she could not take Rebel to her new apartment and so I became his host (we both knew he was the master).

He lived with me for several years in my boxy one-bedroom apartment while I did my graduate training, spending almost as much time with my grandparents who lived in the same building, as he did with me. He was a constant companion for my grandfather throughout the day, and my roommate throughout the evening and morning.

Eventually, I bought a house not far from my grandparents, which was a bit of an adjustment for me and an even bigger adjustment for Rebel, who now spent his days on his own. When I got home from then work, he would be waiting anxiously by the door, doing his best to wag his tail while keeping his legs crossed to keep from urinating.

In the evenings, while I would read or listen to music, he would lie by my side. While cooking dinner, he would sprawl across the kitchen floor, a perpetual tripping hazard. And when I would sleep, he would take up two-thirds of the bed, preferring to sleep diagonally so that I learned to sleep with my feet dangling off the bed.

And when he wasn’t sleeping on the bed, snoring in my ear, I could find him sleeping with his head in my closet. It took me quite some time to figure that one out, but eventually I realized he was sleeping on my discarded clothes that awaited a trip to the laundry. He was immersed in my scent, which made him hardier than most people I knew. His security blanket was my old jeans.

As with all of us, pets grow older, and soon, Rebel was unable to make it up the stairs to the bedroom. Accidents increased as no doubt his anxiety increased, and I found myself spending more nights on my couch than in my bed…we had a partnership, after all.

Eventually, though, my life grew more complicated and it was getting increasingly difficult to get home in a timely manner. As ashamed of it as I am, Rebel became less of a priority. There were times I considered him a burden. But he was my friend. My beloved companion.

I wish I could say I made the appointment with the vet because Rebel had a fatal or severely debilitating illness. I wish I could say that I merely wished to put him out of his misery and that his cries in the night were from something other than loneliness and confusion.

The appointment was made more for me than for him.

I was fortunate to have a friend staying with me on the day of the appointment. He drove Rebel and me to the vet’s and waited outside.

I lifted Rebel onto the metal table, and while he never much liked the gripless surface, he settled quickly. The vet came in and had me sign some forms, and then as Rebel lie quietly, the vet injected him.

I stayed with Rebel throughout the final moments. All I could do was cry and tell him how sorry I was. Rebel didn’t flinch, never moved, never whined. He merely stopped breathing.

I waited a few minutes with him, knowing any attempt to pull myself together was futile. I didn’t want to leave and I couldn’t stay.

Eventually, I made my way out of the examining room and handed Rebel’s leash and brush to the vet’s assistant. They understood…the bill would be sent later.

My friend took me home and plied me with food and beer as I wept on the front porch all night.

The next day at work, I started the day as usual reading the Toronto Star comics, but today was different. I got to Lynne Johnston’s strip For Better or For Worse…the day beloved sheepdog Farley died saving the daughter April from a river. Within two frames, I could see what was coming and I wept. This was definitely for worse.

To this day, I feel the guilt of my decision. To this day, I want to apologize to my mother and to my brother Scott, who was particularly close to Rebel, for my selfish decision.

And rare is the day that I do not wish I could hear the gentle snoring of Rebel next to the couch or feel his chin resting on my lap as I read.

His photo sits on my bedroom dresser as a reminder of a love I have not experienced since.

Earlier today, an acquaintance of mine put down his beloved friend of several years, in this case, because of inoperable and untreatable cancer. My friend is hurting in ways he may never have thought possible and my thoughts go out to him, and to anyone else who has been through a similar experience.

I wish I could say, 18 years later, that the pain goes away. What I can say is that the loving memories remain.

While waiting for my grandfather to drop food, Rebel wonders what I’m doing

The new kid arrives in the family

Enjoying some sun and water in Coronation Park, Oakville

So much symbolism wrapped up in something so temporal

I didn’t bring you flowers today.

I know I usually do on Thursdays,

But that’s just it, the problem,

I usually do on Thursdays.

Something we take as a given.

And not just by you, you see,

But by me, the florist, the neighbour.

If you don’t get flowers today,

It’s not that I love you any less,

That you have become less important,

But that you are too important for trivia.

Flowers should be special—are special—

They should be adored and admired

And smile, and breathe, and think.

Every flower should be a memory

Burned into our brains, triggering

I didn’t bring you flowers today.

I know I usually do on Thursdays,

Today, I brought you feathers.

A wonderful moment this morning as I logged into my blog and learned that good bloggo-patriot Julian Froment had nominated me for the Always Here If You Need Me Award.

As Julian explained, the award was designed to celebrate the love and support you get from those special few in the blogosphere who not only appreciate what you post but also make an extra effort to comment and provide support and feedback.

I am touched that Julian feels this way about me, and likewise, greatly appreciate his support and enthusiasm for my blog.

The rules of the award are: 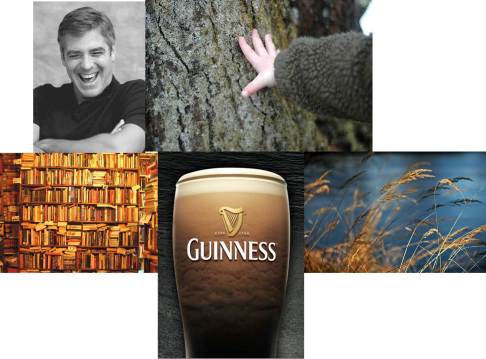 I would of course love to nominate Julian, but that sounds like a feedback loop waiting to happen, so at the risk of nominating many of the same people as previous:

(Images used without permission, because that’s the way I roll.)