While in Costa Rica, my brother thought we should go on a tour of one of the rivers not far from Jaco, the Tarcoles River, where crocodiles swim in abundance.

He had warned me of their size, but you really have to see these things to realize what you’re up against, and are very glad that you are in a pretty large boat.

Still, it was invigorating to get up close and personal.

The Tarcoles makes its way down to the Pacific Ocean and so is quite brackish in places.

My brother checks out Osama Bin Laden, one of the larger crocs in the river (the locals have named all of the crocs for famous people).

He was even brave enough to reach out and touch Hugo Chavez while the other end was quite occupied. 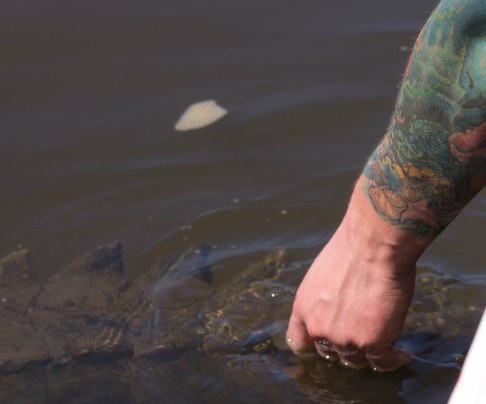 Our cruise guide would get out and walk along the shore, feeding the crocs chicken and fish. Not sure what we were supposed to do if the croc was not satisfied with the limited menu.

Poor Hugo had lost part of his top jaw in a fight, so much of his sustenance came from these tours. 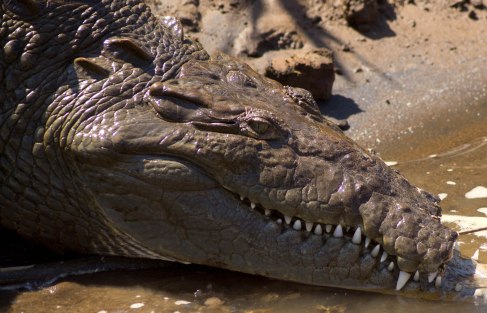 Osama was quite hungry that day, once he was awoken from his slumber.

A red iguana gets a bit of sun, well above the water.

The basilisk is also known as the Jesus Christ lizard for its ability to run at high speeds across the surface of ponds and rivers. 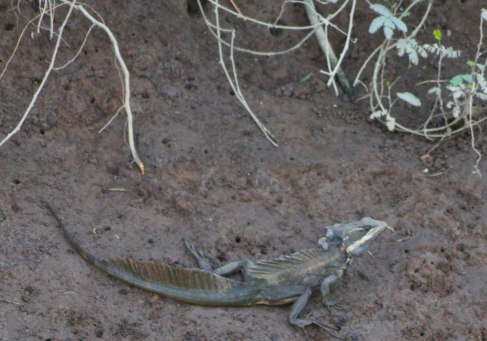 Mangrove roots were thick and lush as the river approached the ocean. This was also research for me as the opening of my animated feature film screenplay takes place in a mangrove.

A young croc basks on the mangrove roots…wonder what his name will be.

I thought they might kiss, but apparently our guide wasn’t that crazy.

Relieving some of the heat of the day…or enjoying a really good joke. 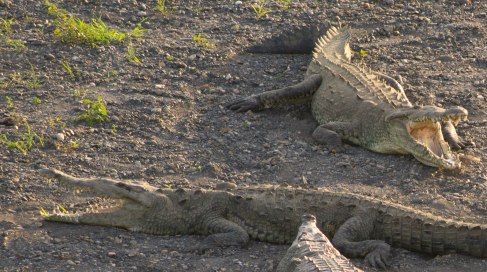 One thought on “Reptiles of Costa Rica – Tarcoles River”