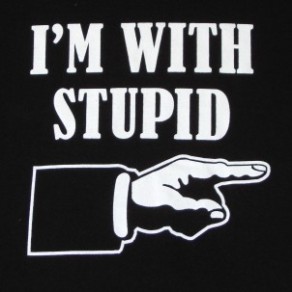 I find it interesting that most people seem to be less afraid of being stupid than they are of looking stupid.

I say this because of the inordinate amount of stupid material I find every day—the people posting this stuff obviously don’t think it’s stupid—and yet many of the brightest people I know (and not just those with whom I agree) are paralytically afraid of saying anything lest people think they’re stupid.

Now, I appreciate that stupid is subjective, but this is not a condemnation of stupid, it is a call to embrace our personal stupid and use it to move forward to brilliance.

If you watch a group of children as they age—not literally moment-by-moment; that would be stupid—you will see that they start out unfiltered and unhindered by subconscious voices that make them edit themselves. They are free to create amazing things and proudly display those things on refrigerators around the world.

As they get older, though, those subconscious voices creep in and you find the children become less enthusiastic about their art. They become more self-conscious about being seen as stupid, and so the refrigerators of the world become increasingly barren.

That is incredibly sad, and not just because the typical refrigerator is a featureless, oddly coloured box with little inherent fashion sense. It is sad because it creates a population of adults who are incredibly repressed and overwhelmingly self-conscious. 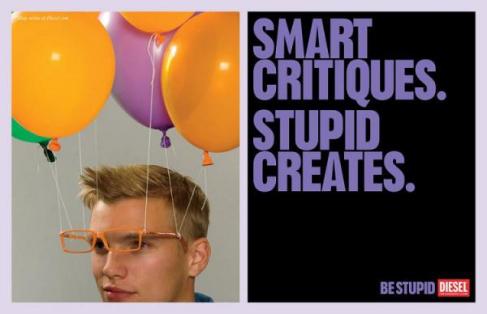 As I have mentioned before, I have numerable friends who want to write, but they are routinely stopped from taking any action by an infernal firewall of what to write. They can’t just write anything. Writing just anything would be stupid.

No! No! No! Writing just anything would be freaking brilliant!

Writing just anything would make you a writer, rather than the non-writer you are now.

Let stupid be your creative scissors and run around the room not caring into whom you run or stab. Stupid begets intelligent, no matter how stupid that sounds. 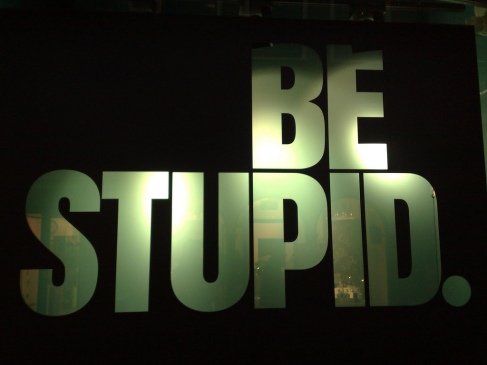 Besides, no matter how clever, intelligent or prosaic you are, someone is going to find your writing stupid. Stab them with your stupid scissors and move on.

I absolutely abhor the novel Crime and Punishment, routinely espousing that the crime was the writing of the book and the punishment is the reading, and yet many people find it a marvelous work of art. How stupid is that? (You can read that as I’m stupid or they’re stupid…I don’t really care.)

In King Lear (III, ii), Shakespeare wrote: “The art of our necessities is strange that can make vile things precious.”

As used in the play, this line has absolutely nothing to do with the point I’m making, and depending on how you read it, the line actually blows my thesis apart or completely justifies it. Now that is freaking stupid.

As Liam Neeson should have said in the movie: Release the Stupid!

You may just find that your stupid is pretty amazing…and even if it’s not, you’re one step closer to your brilliant. 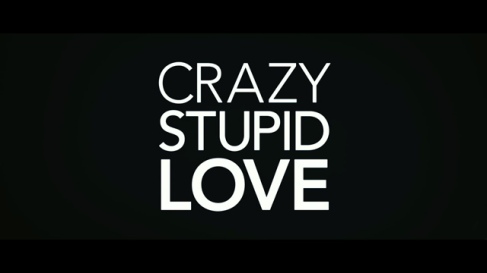