Not just a Canadian band of the 70s and 80s, Chilliwack is also a small town in Southern BC, a couple of hours west of Vancouver.

It also happens to be where my mom lived until a few days ago (before she moved).

A lone crow watches over the misty valleys

Droplets decorate shrubs outside the house

The clouds enter the mountain valleys below your feet

Swirling shell meets a fork in the road

A ribbon of fog ties a bow around the mountain

My mother’s malamute is looking for a snack

A small spider hops across the back of a deck chair

His raised hairs suggest he’s as scared of me

So let me ask you, Whatcha Gonna Do?

A few more shots in and around the waterways of central British Columbia.

Water levels were low, but I don’t think it made things any easier

Amateur rafters get hung up on the rocks and each other

I think fishing is a state of mind, not a means to an end

Beating the race to post the first Mother’s Day tribute on my blog.

With one exception, these are all photos from my trip to British Columbia last autumn, and I am confident that my mom will think she looks like hell in each and everyone of these photos. That’s my mom!

Mum helped with my photography at Minter Gardens by pointing out each and every flower, butterfly and tree

Mom checks out the work of a local metal sculptor in Chilliwack, no doubt thinking of home decor

This is actually two photos I have Photoshopped together (not true)

Mum delights in playfully letting Roger and I know our limitations

Less of a CanCan and more of a JanJan near the top of Mount Baker, Washington

One of the rare times I actually let mom pose for a photo (Mt. Baker, Washington)

In this case, the weather at Tofino was pretty awful but it was a great day for photography

Can’t remember the function, but this is (L to R) Mom, her aunt Fran, her mom Dorothy and her cousin Noel

Reflections on things we cannot control

Events in life never line up

Things rarely go as we hoped they would

Monsters approach from all directions

Lurking in the shadows

Until all we can do is scream

And wait for the inevitability of death

And yet, for all that, I wouldn’t have it any other way

I sit on my front step,

staring up at the sky,

and I see her face before mine.

The light of the waning moon

mingles with strands of her hair of pitch

and shines off the lock o’er her brow.

Her smiling eyes stare back at me

in the moist dark pools.

I dive into this ocean,

the universe of my destiny,

to swim among creatures fantastical.

The warmth of her body

in the cool evening air

waves across me with its welcoming tide;

and the sweet aroma of her tropical breath

is a nectar upon which I feed;

A breath of life and love,

The air is disturbed

by the rise and fall of her chest,

and scarf slides from her shoulder.

The colours of her garment

flicker briefly in the moon,

as its light passes through thin matter,

and the silence is broken

by the light shuffle of silk

against her satin flesh.

I grow drunk on her perfume;

I’m lightened by the joy of her smile,

and all the concerns of the day

melt with her touch.

She is my universe

and I shall never want. 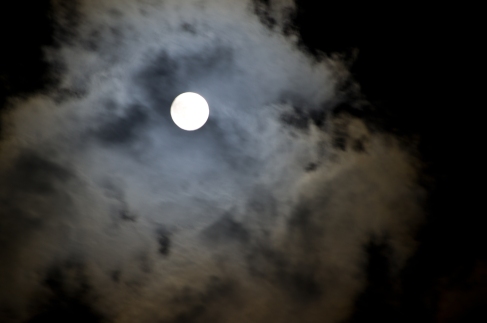 (Blue moon over Chilliwack, BC.)

As some of you have already discovered, I am a sucker for anything that creeps, crawls and flits, so it should come as no surprise that while I wandered the paths of Minter Gardens, outside Chilliwack, BC, that my eye was tuned to the slightest movements among the myriad flowers.

Here are some of the photos that came through.

It wasn’t until I blew up the photo that I saw the small flowers that explained her interest. 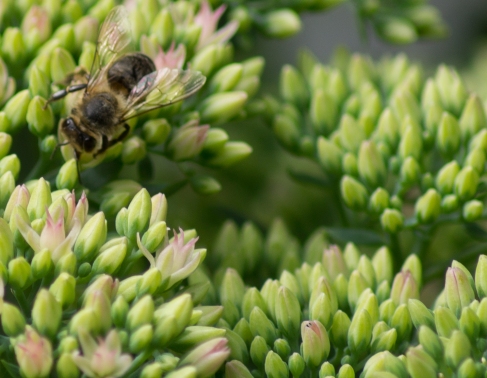 I like the way the petals practically mirror her wings as she works so intently. 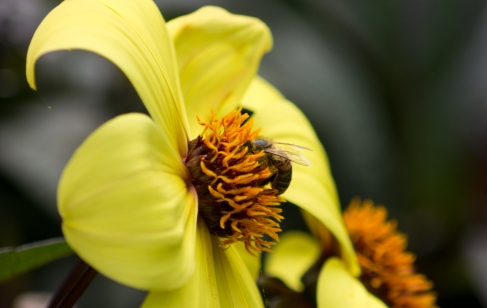 How one walks on this flower I have no idea, but she seemed to have no trouble.

These guys always looked like they were on their last legs…a little too ragged to get off the ground. 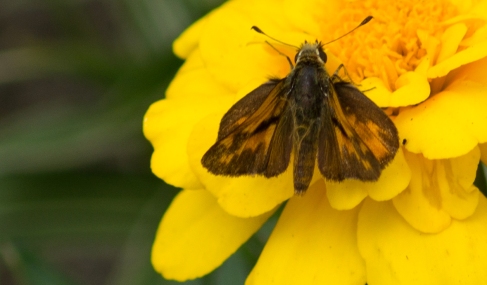 On flowers like this, it was almost impossible to see these butterflies at first glance.

The angle couldn’t have been any better for this shot from my perspective.

The purity of his white next to the satin-like red of the flower was just amazing to me.

I wanted to capture some of the chaotic nature of the garden with the butterfly…could have done better, but it’s nice.

As you’ll eventually learn, I have a special place in my heart for critters and particularly creepy crawlies, photographing them every chance I get. Again, going to have to learn how to use a macro lens.

The photos that follow are from a couple days with family in the Chilliwack area of British Columbia, which much like Volcan Arenal has been amazingly dormant for years.

The contrasting textures were too much to pass on when I saw this little guy in my mother’s back yard.

Sequestered in the bottom of a terrace lamp, this scary looking guy would descend in the evening to catch prey attracted to the light (or anyone foolish enough to bump into him).

It wasn’t until I started playing with the image that I saw the ant and decided he had to be included in the cropping. 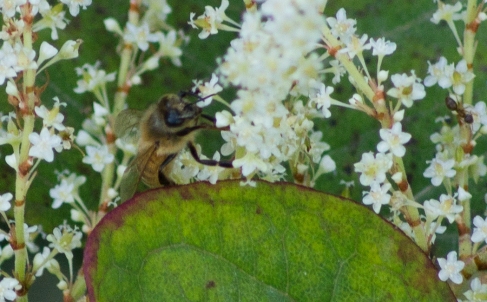 Yes, I believe they are doing what you think they’re doing. What really attracted me though–aside from insect porn–was the way the light shone through their wings, colouring the rocks below. 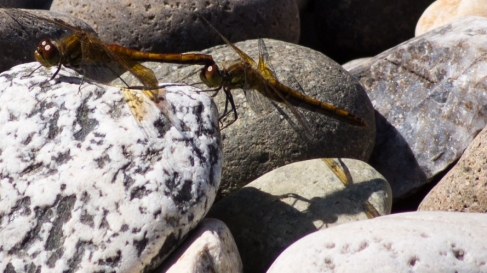 I was so happy that one of these frames was actually usable as I must have taken a dozen shots of this guy. 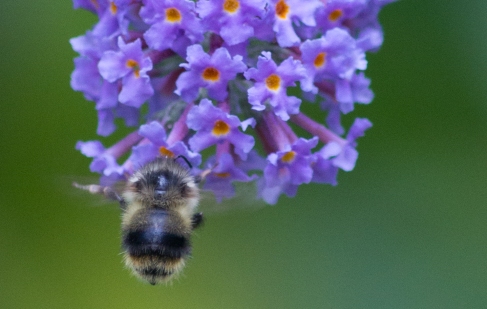 This one and the next one were taken in a park and the biggest challenge I faced was the wind blowing the spider in and out of focus. I’m never quite organized enough to set up a wind break.

Regardless of what you may personally think about spiders, you have to admit his colours are amazing (or you don’t).

Butterflies and moths fascinate me. They always look like they will disintegrate into a fine powder on the next strong breeze.

Okay, that’s not really fair, but it is fair to say that my muse and I have not always had a great relationship.

I have abandonment issues. I won’t deny it. I am working through them. But my muse has not been a lot of help in this department. For decades, I have sought inspiration in my writing and my muse has let me down. He was more “mute” than “muse”.

For years, my pen has hovered over my notebooks, tantalizing close to writing, but ink doesn’t transfer. My fingers have hovered over computer keys, ever so close to making physical and spiritual contact, but the flashing black line in my Word document taps its virtual foot in anticipation of ideas yet to flow.

And even more frustrating, my muse can be a right royal inspiration tease—giving me glimpses of ideas that simply turn into moments of premature  ideation, leaving me feeling used as I clean my laptop.

What I realized recently, however, as that my muse isn’t my muse. He is, in fact, a muse—the irony of that phrasing is not lost on me.

Inspiration isn’t something that comes to me. I have to go out and get it. Hunt it down. Leash it and bring it home. And in keeping with good psycho-eco-social practices, release it back into the wild when I am done.

Here I thought I had become so bloody advanced because I had an opposable thumb and personality that worked in clever union to produce written works of a certain majesty (more often than not, Ethelred the Unready, but majesty nonetheless).

Instead, I find I am still the hunter-gatherer of history. Leaving the comforts of home to find sustenance in the wilds of the universe or less melodramatically, a park bench watching people, the zoo watching animals watch people, a coffee shop watching the level of coffee in my cup recede.

Slowly, I am becoming a better hunter-gatherer. The threshold does not seem so high. I can generally snatch a muse without doing too much damage to it or myself.

Oh, it still doesn’t want to get caught, but what that means is I have to change my position slightly. ALL muses are bastards. 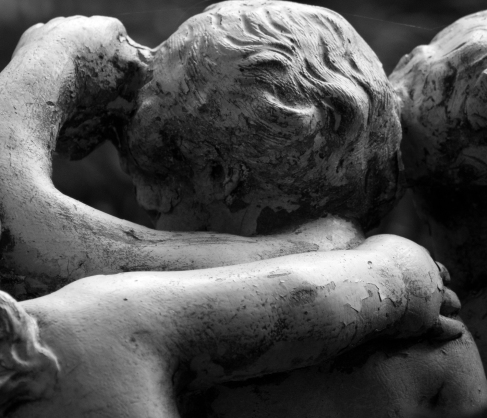 (Photos taken at Minter Gardens outside of Chilliwack, BC. An amazing place to hunt muses!)