I must qualify that Frank Herbert’s feudal sci-fi story had a huge influence on my life, including an upcoming project I am developing. I have read no book more frequently than I have read Dune.

Thus, I had great anxiety about Denis Villeneuve’s adaptation as I entered the theatre. Within the first two minutes, that anxiety was replaced with exhilaration as this 57-year-old man once again felt the upwelling of emotions that he experienced as a 13-year-old boy seeing Star Wars for the first time.

Villeneuve has done an amazing job staying faithful to the novel, including scenes that I had almost forgotten were in the book. But that also means that the movie is long and will require several installments to complete the saga.

At moments, some of the performances felt a little over-wrought, but as the movie progressed, the performances became more nuanced and subtle, as though the actors finally got into their roles & began to understand the characters more clearly. By the end, Timothee Chalamet was Paul Atreides. (I reserve any comments on Zendaya as Chani, as her role is still quite limited.)

But more than the performances, this is a movie of scale & spectacle. I nearly wept at the first worm sign, & I am confident my chin was on my chest when the first worm appeared. These worlds are real. Villeneuve & his team have done an amazing job bringing these planets & their inhabitants to life. And those alien places & family conflicts are given greater life with the soul-resonant score by Hans Zimmer.

For those who haven’t devoted their hearts to Frank Herbert’s ecological fever dream, Dune may not be all that. They may see it as slow & ponderous. They may consider the characters melodramatic & hyperbolic. They may consider tedious the need for multiple installments.

You do not need to know the novel to enjoy this film. The story plays out coherently without inside jokes or Easter eggs to the informed.

For people like me, however, people whose pulse matches the throbbing Zimmer score, whose lungs breathe the Spice melange, whose DNA is infused with Bene Gesserit mythos, Dune is our homecoming. We are the Fremen.

A wonderful thing about the stage show Puppet Up! is that like all good improv shows, the lights go up, then good or bad, the sketch happens, and then the lights come down.

There is a window for the jokes to live or die, for the story to succeed or fail, for the characters to evolve or not.

And then the window closes, and we move on to the next sketch.

The Happytime Murders is what happens when that window refuses to close, or at least takes 91 minutes to close.

The plot is classic film noir. [NO SPOILERS]

The world is modern day Los Angeles, but it is now populated by humans and puppets, only the puppets are considered second-class citizen. The story centres on the exploits of Phil Phillips (Bill Barretta), washed up cop and now puppet private eye, and a sudden killing spree that forces Phil to work with his old human partner Connie Edwards (Melissa McCarthy).

And then there’s this dame with a body that literally just won’t quit.

Now, atop that film noir scaffold, you can layer…no, trowel…no, backhoe 1000 sex jokes, puppets saying “fuck” every few seconds, and a rather unnerving cowsturbation moment and you have The Happytime Murders.

There is no doubt that Henson Alternative can do puppetry, and this film is ALL about the puppetry.

[Disclosure/Bragging: I personally know some of the puppeteers who worked on this film. (See Puppet Up! visits Toronto)]

The skill with which this movie was made is astounding, particularly if you watch the behind-the-scene videos on YouTube. These are seriously talented and amazingly funny people.

As expected, the human actors simply cannot keep up with their frenzied felted friends. Even Melissa McCarthy at her Melissa McCarthy-est cannot compete on screen with these little monsters…seriously, she might as well have been Jenny McCarthy. (Note: Not intended as a slight on MM.)

The lone human performer who stood out and more than held her own was the delightful Maya Rudolph. I have always had my suspicions about that lady…that she is not fully human…this performance may have proven me right. 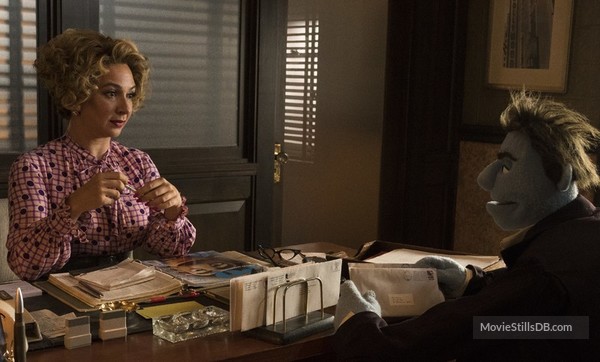 So, if the puppetry was so brilliant, why didn’t this work for me?

Aside from lights cutting scenes off, the one thing that Puppet Up! has that the movie doesn’t is an emcee (ringmaster? Nurse Ratchet?) of the stage show.

As funny as the emcee is as a performer, he grounds the show. He keeps the performance from getting crazy…well, crazier…well, stupid. And he serves as a connection to the audience, joining us in our confusion or surprise.

Speaking of which, where was the cleverness and the wit, the cutting satire and insightful playfulness that we routinely see in Henson outings and even in the raunchiest of Puppet Up! sketches?

From a comedy perspective, they took the best of The Muppet Show and rewrote it with the worst of Beavis & Butthead and Dude, Where’s My Car?

I’m not trying to point a finger of blame as I’m not sure blame is necessary or relevant. It was an experiment, and not all experiments are successful.

To that end, I hope there are more outings with these characters—again, particularly when you see what is possible from these talented people—I just hope in future efforts, they simply let the characters be real and don’t feel that they need to center all of the humour on their puppetness.

Otherwise, it is a felted minstrel show, and there would be the greatest irony in the world given the central conceit of The Happytime Murders.

It is important to start this review of the movie Warcraft by stating: 1) I do not play video games; and 2) I like fully self-contained movies.

I went into seeing Warcraft with incredibly low expectations (perhaps unfair) and walked out having those expectations largely met and perhaps slightly exceeded.

Based on the video game series of the same name, Warcraft tells the story of Orcs determined to take over a new world because their own has died, possibly due to a malevolent force harnessed by their leader. The residents of the new world—populations of elves, mages, dwarves and humans—however, aren’t willing to lose their world…or at least the humans aren’t, and so fight back with the help of The Guardian, a wizard of immense power who lives in a tower and who is dealing with his own problems.

And while most of the movie is the playing out of this conflict, there is also an underlying mystery of what this malevolent force is, which leads to an Orc chieftain questioning the morality of the proposed genocides, and a couple of father-son/mentor-student relationships to suss out.

Perhaps this is racist (specie-ist?), but I struggled to tell one Orc character from another, in part, because none of them had any personality much beyond “Hulk smash”. Thus, when an Orc would rampage into a scene, I had no emotional cues and so simply sat as a witness to events rather than being a participant. And even where I could recognize specific Orcs—the aforementioned chieftain and leader—the characters tended to be so two-dimensional (despite shelling out $20 for IMAX 3-D) that again, I was left cold. 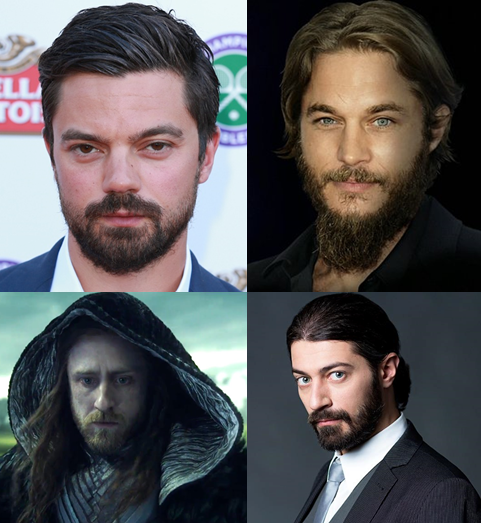 Three men and a movie reviewer (also a men)

The human characters weren’t a lot better. All the men look like my friend Danny, with whom I saw the movie, and women were almost non-existent. I do, however, have to give the filmmakers credit on two fronts here. First, although most of the humans were Caucasian, there were several of other ethnicities. And none of the female characters (I repeat NONE) were damsels by any measure. Each of the women, whether Orc, human or somewhere in between, were women of conviction and empowerment.

As to the plot, my biggest beef was that the writers seemed to simply drop in a device whenever they needed it to move the story forward, without any contextualization. I’d like to give you some concrete examples, but any of the major ones would, ironically, be spoilers. Suffice it to say, you are advised to check your credulity when you pick up your 3-D glasses.

Everything that occurs in this story was much better covered in Lord of the Rings, Game of Thrones, Harry Potter and Stargate…and The Ten Commandments.

But, in a strange way, that may end up being Warcraft’s saving grace as it frees the audience from having to participate in the story. Instead, you can just sit back and let the movie dance on your retinas, which is about as deep as it will go.

And this is possibly the one way in which Warcraft actually exceeded my expectations: it was visually captivating. The animation was incredibly good, with the Orc characters seemingly as real as the human actors. The fur of the giant wolves looked soft and the body movements of the griffins entirely plausible. Stylistically, I would put this movie in the realm of Avatar rather than Lord of the Rings.

But back to the second point I raised at the start: self-contained movies.

Everything about Warcraft seemed to be designed to set up the myriad sequels that will be made, a trend in Hollywood blockbusters (and block-blowouts) that pisses me off. If nothing else, it shows complete disdain for the audience as it says “We really don’t care if you like the movie.”

Don’t get me wrong. I don’t have an issue with sequels and spin-offs in general. But when I go to a movie, I want to see an entire story play out, rather than have to wait for the next installment or rely on having seen the previous installment to understand the story (looking at you, Avengers).

This is one of the reasons why I am possibly the only person on the planet (this one, at least) who found The Empire Strikes Back to be lacking. It was a placeholder or bridge to The Return of the Jedi, nothing more.

Will I be back for Warcraftier: Where’s Your Messiah Now?

Not unless someone else is paying me to watch it…and for some reason, my online mahjongg isn’t working…and it’s raining or something.